Communications for a complex world

Based in Philadelphia, our team of experienced professionals honed their skills as business journalists and corporate communication specialists in the industries we serve. We combine this expertise with sophisticated and thoughtful communication planning, strategies and execution to ensure you achieve your goals.

We’re known for our integrated approach and versatility. Let us create a customized communications campaign for your business.

Using targeted strategies and established media relationships, we build credibility and create awareness among the audiences you want to reach.

With messages that are compelling, positioned strategically and shared widely, you’re recognized as an informed opinion leader and industry expert.

Branded and shareable content deployed through multiple distribution channels means you can tell the story of your business on your terms.

Expert planning, response and follow-up so you can move quickly and intelligently to protect your reputation when you need it most.

Our comprehensive audits, data analysis and recommendations provide a roadmap for your future communications.

Combining owned and earned channels, our integrated digital services help build brands that make an impact and differentiate you from your competitors.

Through thoughtful messaging, strategic stakeholder communications and meaningful coalition building and management, we help you gain the ears of regulators, lawmakers and other influencers.

Kimball Hughes PR has been part of our team for the past 15 years, helping us develop messaging when critical communications are necessary to the membership of the non-profit, professional trade associations we manage.

Kimball Hughes PR has been our public relations agency since 2009 and has provided tremendous insight, advice and results.

Kimball Hughes PR are public relations professionals with strong association experience and expertise. Their ability to effectively translate our core messages into media coverage has been invaluable.

“It was important for us to find a group that was willing to listen to what we needed, not just prescribe what they thought. I was impressed with [Kimball Hughes PR’s] availability, client-centered approach, knowledge of communication strategies and willingness to learn.

I am sincere in saying that bringing your team on board was one of the best decisions I’ve made this year. 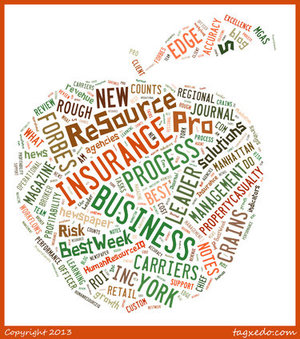 ReSource Pro had only been in business for two years when it approached Kimball Hughes Public Relations in 2005. The company began as a novel start-up offering a much-needed solution to back office operations for insurance program administrators, brokers, agencies and carriers. They had solid metrics in place to demonstrate a healthy return on investment for clients. But two years in, what they didn’t have was name recognition or industry awareness.

Kimball Hughes Public Relations began by sharing the ReSource Pro story with leading insurance industry media that served their market, focusing on the company’s expertise and service offerings. The company and its media profile grew. The CEO became a regular contributor to industry media and featured in broad management and business trend stories for media outlets that include HumanResourceIQ.com, Chief Learning Officer magazine and Forbes.

In 2013, Inc. magazine included ReSource Pro in its 500|5000 list citing the company’s 122 percent revenue growth over three years, and annual revenue of $24.3 million. From its Manhattan headquarters, ReSource Pro now manages more than 1,200 employees on two continents and serves hundreds of insurance industry clients throughout the U.S. and abroad. And Kimball Hughes Public Relations is still their trusted PR partner. 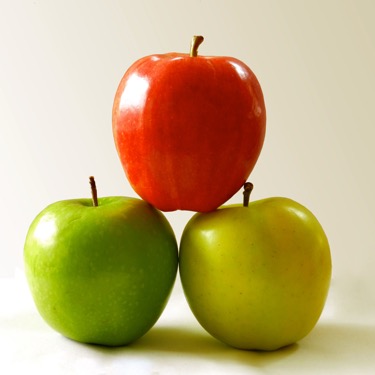 Kimball Hughes undertook a careful process of learning about the collaborative’s vision, goals, resources, opportunities and obstacles, and then created a strategic plan to reach and effectively communicate with the communities in question. The result was a comprehensive report that included an analysis of how the HCCLV audience communicates and consumes health information, as well as recommendations and practical next steps to guide the collaborative in the future.

With 33 offices and more than 1,400 agents completing more than $12.2 billion in sales in 2018, Alain Pinel Realtors (APR) was already a Bay Area success story before joining national brokerage Compass in early 2019.

In 2016, their new vice president of marketing wanted to reinvigorate the company’s social media practice, which was uneven following the departure of their long-term, in-house social media manager. They were unsure who comprised their social media audiences and if they were sharing content that reached those audiences. They asked Kimball Hughes Public Relations to create a social media protocol that the company could sustain, establishing best practices that support other public relations and marketing goals.

The Kimball Hughes PR team began with a thorough assessment of APR’s social media profiles as well as the brokerage’s competitors. We knew it was also critical to understand how other brokerages approached social media in the highly competitive and tech-savvy Northern California market.

We used these assessments to systematize a campaign-based approach to social media. Our refined approach to content curation drew from sources we knew APR’s agents and customers read. We maximized exposure for company news, announcements and events, highlighting volunteerism, fundraising efforts and open houses in a way that was most appropriate for each social network. All of this was done in conjunction with APR’s marketing team, working collaboratively to share the brokerage’s mission and amplify the brand.

As a result, we saw sustained, steady engagement with APR’s posts on all networks—particularly Facebook, during a time when all brands were seeing declining reach and engagement for posts. We grew their Facebook and Twitter audiences by about 500 followers each between April 2016 and April 2019.

But how effective were these efforts to drive real engagement? Here’s one indication: using APR’s social media to raise awareness of its charitable campaign to support the victims of the 2017 Wine Country fires, the brokerage raised $50,000 in donations in just 11 days, which APR matched dollar for dollar.

Close
From the Blog

Survey Finds Business Don’t Have Crisis Comms Plans – In a recent survey our VP Rod Hughes found that 67 percent of businesses don’t have a plan in place to deploy communications during a crisis. As he says, things can … Continue reading →

In his role as the new chair of the Insurance Industry Charitable Foundation’s (IICF) International Board of Governors, Hank Watkins, regional director & president of Lloyd’s Americas, provided a forecast for 2021 in diversity and inclusion, as well as the … Continue reading →

Public relations is all about relationships—the people behind the stories. That’s why we’re offering this blog series all about our team members. This isn’t about our professional accomplishments but who we are as people. We hope you have as much … Continue reading →

25 Feb 2021 Reputation is What Others Think You are

An important factor influencing an organization’s reputation is how it is represented in the media. With this in mind, Kimball Hughes PR recently ran an independent survey of business professionals to get their perspective on how media coverage of their … Continue reading →