For one association, a vote of confidence 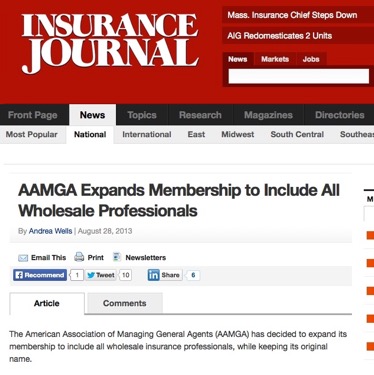 In 2013, 87-year-old American Association of Managing General Agents (AAMGA) sought to change its bylaws to expand the definition of who could be an AAMGA member. The amended bylaw would require a vote of three-fourths of the members voting. A failed vote would damage the board’s reputation and ability to lead.

Working in partnership with the board and its executive director, Kimball Hughes Public Relations developed a communications plan around the name change. It incorporated significant trade media coverage of the association, its educational endeavors and its leaders, along with a robust internal communications strategy designed to win support for an expanded membership. The bylaw amendment passed by an overwhelming majority, and we were retained by the board for ongoing media outreach and internal communications consultation.