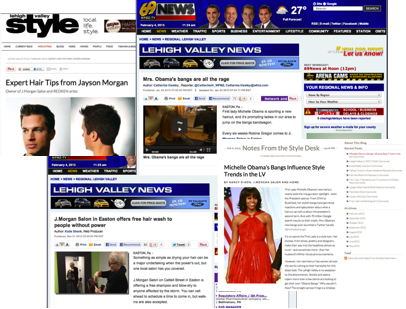 In addition to spreading awareness of the new salon, Kimball Hughes created a J.Morgan News Bureau that allowed us to react to media events as they happened, securing mentions of J.Morgan in media coverage that was otherwise planned. Consequently, Kimball Hughes secured TV and radio news coverage of J.Morgan Salon in response to Hurricane Sandy. We also identified the salon’s in-house experts who could speak to the media for TV news coverage and a guest blog post in response to the unveiling of Michelle Obama’s new hairstyle at the 2013 Presidential Inaugural.

An international provider of email and communications tools based in Australia turned to Kimball Hughes PR for advice on addressing false information about the company following its advocacy for legislation proposed in Australia that would impact the telecommunications industry and, most importantly, consumers. Continue reading→